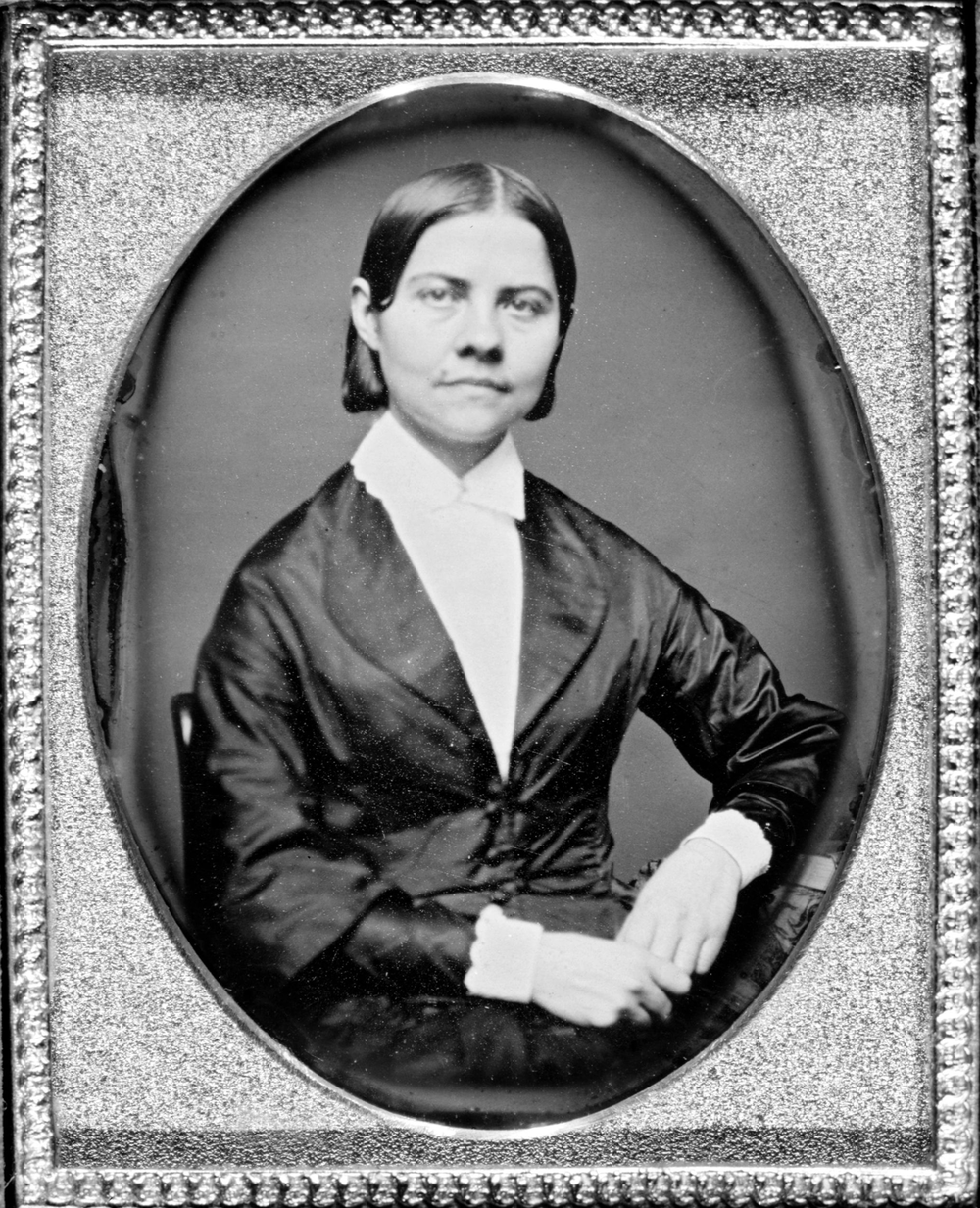 This is the fourth post in my chapter-by-chapter analysis of The Feminine Mystique, as I read the book for the first time in an effort to educate myself about the roots of modern feminism. You can read the other posts here.

I peeked ahead at this chapter while I was reviewing the previous chapter, so I knew in advance that Betty Friedan was not yet ready to begin directly addressing the problems of her day. In “The Passionate Journey” she re-tells in brief some of the stories of the first-wave feminists.

Easily the most entrancing chapter of the book for me (so far), chapter 4 gives me a history lesson during my history lesson, beginning in 1848 at the first Woman’s Rights Convention. The list of woman’s grievances against man, formulated at the convention, reads long and takes deliberate cues from the Declaration of Independence. Its claims amount to not a repression or diminishing but a dehumanizing of women. (Friedan, Betty, The Feminine Mystique. Norton & Company, 1997, pp. 84–85)

He has compelled her to submit to laws in the formation of which she has no voice… He has made her, if married, in the eyes of the law, civilly dead. He has taken from her all right to property, even to the wages she earns… He closes against her all the avenues of wealth and distinction which he considers most honorable to himself… He has created a false public sentiment by giving to the world a different code of morals for men and women by which moral delinquencies which exclude women from society are not only tolerated, but deemed of little account to man. He has usurped the prerogative of Jehovah himself, claiming it as his right to assign for her a sphere of action, when that belongs to her conscience and to her God. He has endeavored in every way that he could to destroy her confidence in her own powers, to lessen her self-respect, and to make her willing to lead a dependent and abject life.

No wonder relatively ordinary women felt compelled to rise up and demand redress, with no property rights, no right to education, no right to vote, and a double standard of morality that condemned as heinous in women that which was tolerated in men. (84) Friedan easily dispels the notion that the early feminists were man-eaters or man-haters; the majority of the movement’s leaders loved and married, and they fought to achieve personhood for woman, not the overthrow of man. (82) In rejecting the model of femininity dictated to them by society, though, they reshaped themselves in such a way as to be unrecognizable to the patriarchy of the day, which vilified and mischaracterized them to a degree that in hindsight seems laughable: “red harlot of infidelity”, “woman a thousand times below a prostitute”, “unnatual monsters”. (86–87)

Their actual character reads differently. Lucy Stone, whom opponents described as “a big, masculine woman, wearing boots, smoking a cigar, swearing like a troooper”, was actually small, soft-spoken, and conventionally-dressed. Although she resisted marriage for a long time, it was not through bitterness or even lack of opportunity, but from fear of losing herself as a person. Pursued across the country by Henry Blackwell (whose name she never took), she refused at first to marry him even while admitting she loved him, but at their wedding, the minister said, “The heroic Lucy cried like any village bride.” (89)

Stone put herself through Oberlin College by saving up the \$1.00 a week she earned over the course of nine years by teaching. Even there she was not permitted to speak in public, so she practiced on her own out in the woods. (88) Likewise, Elizabeth Blackwell fought an uphill battle to become a woman doctor, pushing to participate in dissection of the human reproductive system despite her gender—although she then, rather paradoxically, elected not to walk in the procession at commencement “because it would not be ladylike”. (96) Margaret Fuller and Elizabeth Cady Stanton received their education courtesy of benevolent fathers. Mary Wollstonecraft and Ernestine Rose sought out prominent philosophers of their day. (93) The education denied to them became—once they had forced their way into it—a tool used to liberate themselves and others.

This advantage highlights the most important lesson I took away from this chapter: the importance of privilege in obtaining equality. Although many of these women bootstrapped their way into their education and all faced cultural barriers to its completion, some had money that assisted them. And nearly all the pioneers of feminism Friedan mentions were white women; in fact, many of the earliest to join the movement had also worked as abolitionists. (89, 92)

The call to that first Woman’s Rights Convention came about because an educated woman, who had already participated in shaping society as an abolitionist, came face to face with the realities of a housewife’s drudgery and isolation in a small town. Like the college graduate with six children in the suburb of today, Elizabeth Cady Stanton, moved by her husband to the small town of Seneca Falls, was restless in a life of baking, cooking, sewing, washing and caring for baby. (92–93)

Of course, the early feminists would have achieved nothing without hard work and perseverance, but many started with the privileges that accompanied being white, educated, and comparatively wealthy. Without these privileges, the movement may have taken decades longer to achieve its goals, as no more privileged group came to their aid the way they came to the aid of the slaves.

Furthermore, women ultimately depended on men to enact the legislation that would give them the rights they so fiercely sought, just as the slaves depended on the whites in power to emancipate them from their owners. Short of bloodshed, every oppressed people group must persuade their oppressors to stop oppressing them. They can hold rallies, preach sermons, sign petitions, even engage in civil disobedience—effectively, annoying those in power until they give in (or at least listen with an open mind). But the privileged group have the final word, until they voluntarily give up their privilege and proactively enact equality for those they formerly dominated.

As a person born with the privileges of being male, cisgendered, straight, white, educated, comparatively wealthy, and a member of the dominant religion of our culture, I need to always remember this.