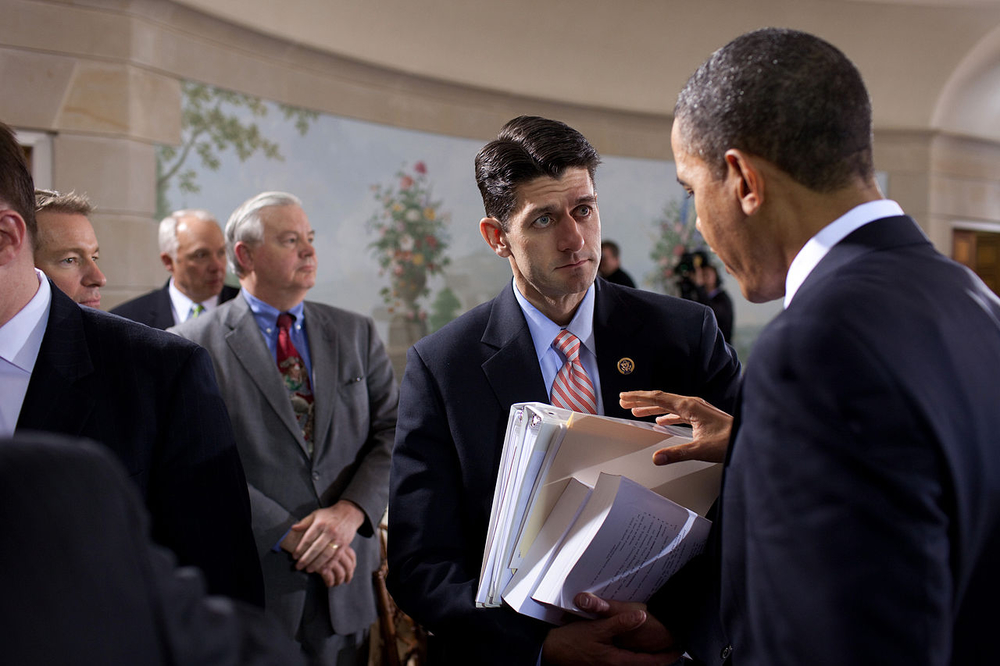 Since the announcement of Paul Ryan as Mitt Romney’s choice for vice-presidential candidate, feminist websites have spewed considerable vitriol in Ryan’s direction, potraying him as anti-woman, anti-poor/pro-rich, anti-environment, and anti-immigrant.

All these things may be true. I have no idea.

The evidence offered is weak, though. I’ll give two examples.

On Monday, Feministing reported the announcement of Romney’s pick by listing reasons “Why Paul Ryan is bad news for women (and everyone else). Among them:

He voted against the Lilly Ledbetter Fair Pay Act.1 This isn’t a controversial issue, y’all. It simply protects women from being denied equal pay for equal work. I think we can all agree this is a no-brainer. (Except Paul Ryan.)

Then, earlier today, The Daily Beast covered Sister Simone Campbell, executive director of Network, a lobby advocating for the poor:

[Ryan] proposes reducing the federal budget deficit through substantial cuts in spending, which Sister Simone believes would hit low-income people hard. “In order to do what he says he is going to do, it takes drastic cuts,” she says, adding that Ryan does not generally go into detail about the specific programs for the poor that would be affected. “He’s trying to avoid enumerating them,” she says. “The truth is, there’s a shift of money to the top—tax cuts for the wealthy.” (Via Jezebel)

The clear intent of much of this coverage is to imply that Ryan wants women to receive discriminatory pay and poor people to continue suffering. Lest you think this exaggeration, the Feministing article precedes its list with this statement:

Paul Ryan is a potential Veep who has no interest except to disenfranchise most women — and basically everyone else except the super wealthy — in pretty astounding ways.

Now, to clarify: I will not be voting for Mitt Romney, so I don’t have to care whether Paul Ryan’s views align with my own. From the little I know of Ryan’s budget it seems at least somewhat misguided, and in his position I probably would have voted for the Ledbetter Act, but I object to the increasing tendency, even among journalists, to equate disagreement about methodology with hatred for a cause.

I’m a libertarian, and therefore not much of a fan of either major party; I can find something to disagree with about nearly everything done by our current Congress and President. I attribute no ill motives to our politicians, though. By and large, I think they are probably patriotic, well-motivated individuals who want the best for our country but disagree about the right way to achieve their mostly-laudable goals. Lacking evidence to the contrary, I’m going to assume that Paul Ryan voted against the Ledbetter Act because he thought it outside the scope of the federal government’s powers and drafted his budget proposal using principles he thought would secure the greatest properity possible for everyone. Anyone may think him incorrect, but only the small-minded assume that those who disagree with them about the best way to govern a country are selfish, hateful, or evil.

With regard to many core feminist issues I find myself in a difficult position, caught between my human, civil, and political ideals. I want employers to treat women and men equally, but I am unwilling to legislate a quota for female executives. I think women should be able to easily access contraception so they have control over their own fertility, but I don’t like federally-funded social services, even the ones that provide free birth control. Even on more peripheral issues that most feminists care about I don’t fit in. For example, I want immigrating to the United States to be easy and therefore believe we need immigration policy reform, but because I also believe in the rule of law I have no problem with deporting people who didn’t follow the correct procedure. I also opposed the Affordable Care Act, partly because I believe that everyone would be better off if we went in the direction of less regulation, not more, but also because I don’t believe health care is a basic human right the government should provide, no matter what Jesus said.

And now we circle back around to Sister Simone. Despite her contention that Ryan’s budget doesn’t fit with Catholic principles, Jesus has nothing to say about how to govern a country. He lived and spoke in a period of extensive disenfranchisement, so his audience had no paradigm for representative government. Many Christians believe that if Jesus were alive today he would, for example, tell us to enact universal health care because he cared about the fate of the poor. But Jesus was non-political, and his sermons were delivered to individuals, not legislators. Personally, I believe that even if he were walking the earth today Jesus would be almost totally uninterested in the business of running our country, preferring to spend his energy and limited resources directly on people.

For this reason, the best way our faith can inform our governance is by saying that we should exercise wisdom in everything we do. And the tricky thing about that is: everyone’s version of wisdom looks different.