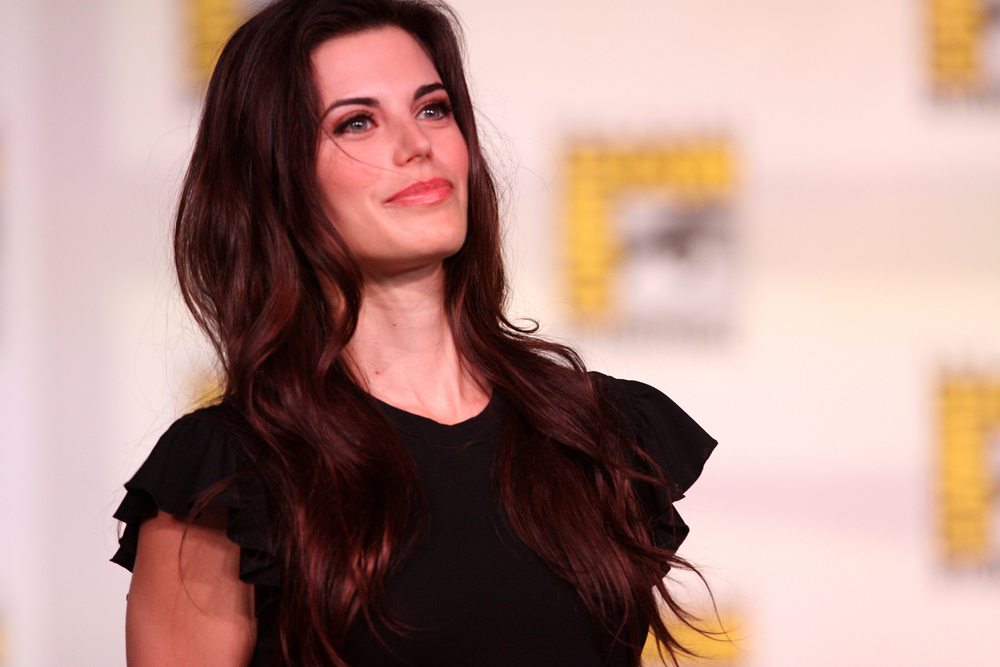 ♀ A Streak of Red For Every Woman

Recently my wife and I have been watching Once Upon a Time, a TV show peopled with characters from well-known faerie1 tales and stories. The premise of the show is that an Evil Queen has cursed the inhabitants of the faerie world, sending them to a world where magic does not exist (our own) and causing them to forget their own identities and backstories. Using a split timeline, each episode follows the characters through their real-world existence while gradually revealing bits of their previous lives from the “story” world.

I recently realized something while watching one of the final episodes of season one: nearly all the women in both timelines dress “modestly”. That is, they wear knee-length or longer skirts and rarely show much cleavage. The main character, Emma, wears mostly pants and leather jackets or sweaters, with only the occasional tank top or camisole that shows a little more skin. “Mary Margaret”, the real-world name for the Snow White character—who is more or less the actual protagonist of the story—dresses in shirts that button up all the way to her neck.

Of course, women should feel free to cover up as much of their bodies as they like, so if I could say that “all” the characters dress modestly instead of “most”, we wouldn’t be talking about this. Unfortunately, the show—deliberately or not—uses modesty codes to reinforce slut-shaming stereotypes about women’s sexuality, correlating a lack of “modesty” with misbehavior of other kinds. Only three characters (in season one, which is all I have seen so far) consistently deviate from traditional modesty: Ruby (or Red Riding Hood), The Blue Faerie (a nun in the real world), and the Evil Queen herself.

The Evil Queen is, of course, evil. In the real world, where she is pretending to be a good person, she dresses in business attire—suits with buttoned-up shirts. In nearly all the faerie world stories, though, she shows amounts of cleavage ranging from, “So, here are my breasts” to “How do those stay in?!” Sometimes she accompanies this with skirts that open all the way up to the thigh, but not always.

I could write this off as simply adherence to convention. Similarly, The Blue Faerie wears the same low-cut blue dress in all her scenes, and this may not represent overtly bad ideology on the part of the show’s creators.2 But I want to talk about Ruby, because the show deliberately uses her sexuality and its sartorial expression to communicate ideas I think are negative and hurtful to women.

In early episodes of the show, Ruby generally wears very tight red shorts of the “Asking For It” length and a white button-down shirt with only the middle two buttons fastened and the tails tied up to expose her midriff. In colder months, she swaps the shorts for tight red pants that she should really have left back in 1994 where she found them. She has a brilliant red streak in her otherwise brown hair and wears a shade of lipstick to match, along with heavy, dark eye makeup.

Despite no evidence that Ruby is even sexually active, the show portrays her as flirtatious, oversexed, and vaguely disreputable. She works as a server at her grandmother’s diner—a social center of the town—so she crops up frequently even in episodes that don’t feature her character. In one episode, when Mary Margaret goes to the diner on a date, her male companion earns her disfavor by continually ogling Ruby from across the room when he should be paying attention to Mary Margaret. Ruby generally has a snarky word for everyone and seems to lack empathy or regard for her low reputation—except in one episode where she helps a pregnant teen, claiming she doesn’t like people judging the girl.

Partway through season one, Ruby grows dissatisfied working at the diner and, after a fight with her grandmother, takes a different job as assistant to the town Sheriff. Although she performs well in this position, she realizes it isn’t for her. She humbly returns to the diner and reconciles with her grandmother, who reveals that she has been grooming Ruby to take over the business. Having gained confidence from her success in another venture, Ruby appears to embrace her new role as up-and-coming manager of the diner, finding the work more fulfilling than before. Consequently, she begins wearing less revealing clothing and lighter makeup. She lets the red streak fade from her hair and adopts a more serious and friendly—and less sexualized—demeanor.

So, what do we learn from Ruby’s arc in the first season?

These ideas represent a few facets of the multi-layered concept called “Slut Shaming”. Reductively, slut shaming attaches negative character to women who are—or are perceived to be—sexually promiscuous, who openly enjoy sex, or who dress or present themselves in a way that is deemed overly sexual according to societal norms. The widespread practice of both overt and backhanded slut shaming hurts women because the standards to which they must adhere to avoid the moniker of “slut” shift constantly and exist at times only in the minds of those doing the shaming. For example, “sexually promiscuous” is a completely subjective term. How many sexual partners must a woman have to be considered “promiscuous”? Five? Ten? Fifty? The number is indefinite, meaning that any woman known to have had sex even once with someone who is not her husband can qualify as promiscuous, particularly in socially conservative subcultures.

When it comes to dress, the lines blur once again; one person’s prudish is another’s proper. Most people, and particularly men, interpret the intentions of a woman’s clothing choices according to the reactions produced in themselves. Thus, a woman might choose to wear a short skirt because she finds it flattering to her silhouette, but a male viewer could all too easily attribute sexualized motives to the decision, assuming that the sexual response he feels when he looks at the woman reflects her reason for wearing the skirt. Since men quite frequently experience a sexual response to even women in relatively formless garments that hide everything except their face and hands, this “standard” places women in a lose-lose position, where literally nothing in their wardrobes can, with absolute certainty, protect them from slut shaming.

Now, I am not suggesting that women never wear revealing clothing because they feel insecure or want inappopriate attention, or because they are acting out in response to a psychological problem, or because they really do have a cavalier attitude toward sex and are hoping to attract lots of potential sex partners. What I am saying is that women might have any number of other legitimate reasons for wearing clothing you think is too revealing, and you have no idea what they are. So the appropriate response when encountering a woman in revealing clothes is not to inwardly or outwardly slut-shame her but to assume that she is three-dimensional person who makes choices about her attire that have nothing to do with you or your own standards of dress.

Messages to the contrary litter entertainment media. Keep your eyes open; you’ll start to see them everywhere. I don’t bring this up to ruin all the things you like; I haven’t stopped watching Once Upon a Time, and I don’t plan to stop. But I do like to be aware of the messages my media choices are sending; I can’t combat bad ideology in myself or others until I perceive it.